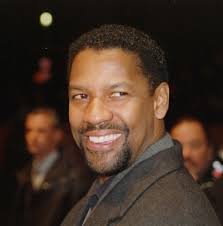 Below is the script to the speech.  This is powerful both as a video and as the script.

If it was easy, there’d be no Kerry Washington.

If it was easy, there’d be no Taraji Henson.

if it were easy, there’d be no Octavia Spencer,

but not only that, if it were easy, there’d be no Viola Davis

If it were easy, there’d be no Denzel Washington.

So he worked in keep striving, never give up fall down seven times get up eight.

Ease is a greater threat to progress than hardship.

Ease is a greater threat to progress than hardship.

So you got work.

We tend to base our self esteem on what other people think.

And that’s not really self esteem.

Self esteem is supposed to be how we feel about ourselves.

And I was just saying how dangerous it is to allow other people to determine how you’re going to feel about you.

And it’s kind of like looking into a broken mirror.

You’re going to look at a broken mirror and then change your face to try to look good in this defiled busted broken mirror.

And it just other people’s opinions is a really shitty way to determine how we feel about ourselves.

You’ll never see a U haul behind a hearse.

You’ll never see a U haul behind a hearse.

I’ve been blessed to make hundreds of millions of dollars in my life.

I can’t take it with me and leave it.

Can’t you just always not how much you have is what you do with what you pack.

And we all have different gifts, some money, some love some patients, some nobody to touch people, but we all have it.

That’s what counts, not what you’d live is not.

What you find is not what kind of house you bought your mama dreams without goals are just dreams.

And they ultimately, you disappointment goals on the road to achievement cannot be achieved without discipline and consistency.

I pray that you all put your shoes way under the bed at night so that you got to get on your knees in the morning.

One thing I’m the most happy about in terms of my career is the fact that I got there.

As I like to call it, I’m a 20 year old with Knights and say, I don’t get life mixed up with making a living.

I was there for all four of my children being born.

The first one was born.

I recognized the difference between life and making a limit their life, you know, our family’s life.

You know, what do you think the biggest difference between doing a play and doing, I mean, it’s a cliche question, but I’d be interested to know your answer.

I think a part of what just said is that you get to dig deeper and you get another day and you get the energy, you do a movie and it’s 200 people that are used to it and they don’t care and you everybody’s doing their job.

And it comes in a theater somewhere.

And you’re picking your nose at home somewhere at court.

When I was on board on Broadway five years ago, Julius Caesar, I made a decision to sign autographs every night. What I did

As I rubbed my knees only because my knees are bad.

It’s hard for me to stand, but why didn’t you decide to do well You know, I wanted to say, thank you.

It was my way of saying thank you.

And the first night it was like $5 people out there.

I said, okay, wait a minute.

Everybody who has playbills from our show but honestly energy.

And it was out there hour and a half every night, every show, but the energy you got back, the stories, the five little old ladies who, who just drove in from Detroit.

And I’m like, well, what y’all doing tonight I said, we getting back in the car, baby.

We got to go back to nights.

And you know, a little 84 year old lady was like, maybe if I was three years younger

And I say this also, because I hope it happens with this plate.

We had some high schools come.

We had one school from somewhere.

I forgot where, and they were doing Julius Caesar and there’s some young kid was like, well, you know, my Buddhist is a bit different.

He’s more of the classic stoic.

That’s you know, you don’t get that.

you know, the odd thing about success in film is the budgets get bigger.

You make more money, but they become more formulaic.

So you don’t get the opportunity.

So I, God willing, if I stay around long enough, this is what I’m going to be doing.

You know, you’re always affected by opinion, but the more opinions there are of you, that me, the more I, the less I look at them, because I just can’t live my life based upon what other people think about.

So I can’t concern myself too much with what other people think, you know, it’s just not healthy.

I don’t think I could continue to do what I do.

If I was constantly worrying about what somebody thought about it

And anything you want good, you can have. So claim it, work hard to get it.

When you get it, reach back, pull someone else up.

Each one, teach one.

You don’t have to compromise yourself.

You know, it is something you don’t feel good about then don’t do it.

The most important choices I’ve made was to say no.

And I’ve said many a time to, to films that I just didn’t, especially early on, that just didn’t feel comfortable with. They, they, there was one script that was brought to me.

I called the dude.

He couldn’t kill him.

He was accused of raping his wife in the forties.

And they were with, they tried to hang him, but he didn’t die.

I was fortunate at that time to instill it, to be able to call.

And I said, you know, this movie make it I’m sick.

He said to me, and I’ll say this to you.

He said the first two or three or four films you made in this industry, dental will determine how you proceed. He said, I’m not going to tell you what to do.

But remember that the first three or four or five films you made will determine how you proceed.

I turned it down.

I turned money down.

I needed the money.

I turned it down.

If you, if you don’t feel like you should do it, then don’t do it.

That’s how I feel something.

I’m like, you know, I ain’t doing this cause I’m going to slap somebody the second day.

So I just, you know, I think the most important

Decisions you can make as an actress is saying, is saying, no, you don’t have to take your clothes off.

And I have a few things.

Everything that I have is by the grace of God, understand that it’s a gift in everything you do.

If you think you want to do what you think I’ve done, then do what not done.